The Stack Overflow 2019 survey result came out recently. While the entire result is fascinating and deserves a good read, I want to focus on an area of great debate: The number of IT workers on LinkedIn. Based on that report, the 2015 report, and our internal research, we expect that almost one million US IT workers are missing on LinkedIn.

Let’s pause and rewind to a landmark 2015 based Stack Overflow survey which stated that about 22% of respondents did not even have a LinkedIn account. This percentage should matter to any tech recruiter that does most (if not all) their recruiting on LI. Just think about it this way. More than 1 in 5 developers are not on LinkedIn. That is a significant audience that you’re missing out on engaging with if you’re camped out on LI all day.

Glen Cathey wrote in his blog at the time:

While it may seem trivial to Glenn that only 22% of developers don’t have a LinkedIn account, add that number to those who have abandoned their LinkedIn account (conservative estimated is at 6%) and you will have a significant number of IT workers not on LinkedIn.

Differentiate yourself from the masses and start learning how to search on these other developer/IT worker rich environments.

Use our tech recruiting beta for free

Fast forward to 2019 and we would argue that even fewer developers have a LinkedIn account. Why? LinkedIn started as a lead generation tool but has evolved into a recruiting tool and developers over the last few years have realized that.

If the estimated number of IT workers in the US is 3.5M, there will be 945,000 potential IT candidates not on LinkedIn

Furthermore, even those still on LinkedIn are not all active and may not even get LinkedIn InMails sent. One can argue further that even if they are active, they are not likely to respond to InMails as too many recruiters use them daily.

Let’s fast forward to the 2019 Stack Overflow survey graph below that shows that only 5% of respondents from the USA are using LinkedIn! That is a small number no matter how you slice it. 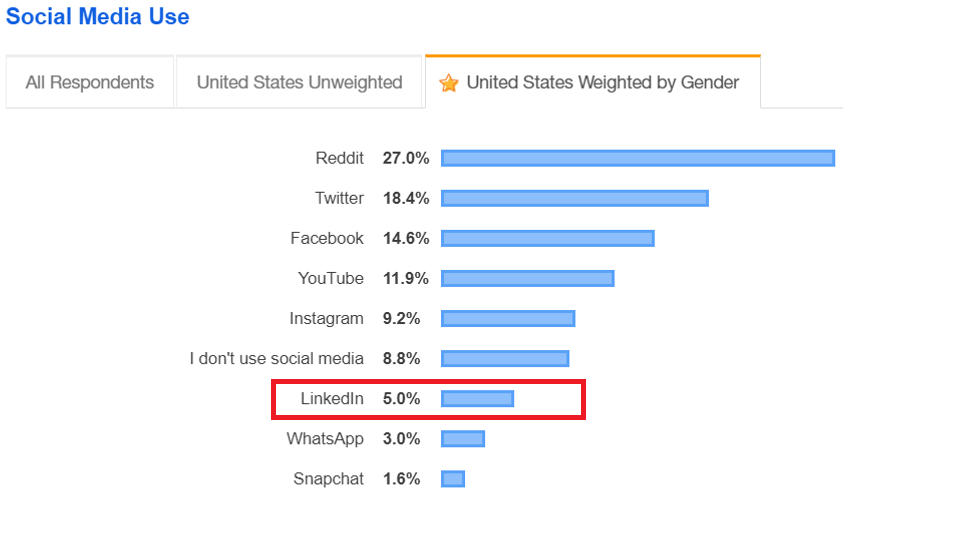 So, what is your plan B? You need to broaden your search to other platforms like GitHub and Stack Overflow so you are fishing in the right ponds, not the only pond that LinkedIn represents to the average recruiter using exclusively.

Increase your competitive edge and don’t put off exploring how to use these alternate platforms before the great recruiting migration.

Use our tech recruiting beta for free