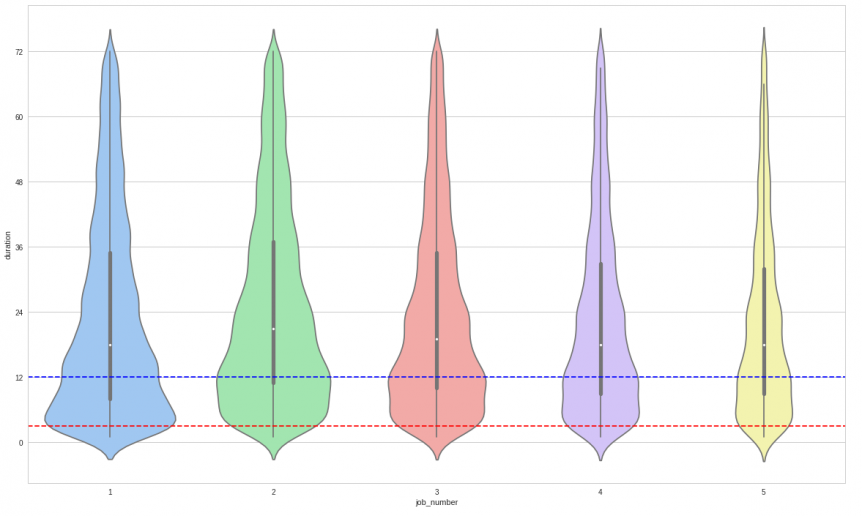 Growing up, after trick or treating, we would always give our candies to our parents to inspect them for poison or other dangers. I, as a parent, continue this tradition with my son.

This is a classic urban myth that strangers poison kids on Halloween. Tragically, the only two documented cases where children have died eating poisoned candy during Halloween were the results of relatives, and not strangers.

Interesting but how is the Halloween candy myth busting related to recruiting? Well we here at developerDB wanted to test some well-worn beliefs in the recruiting community. A common belief is that employees are most likely to quit their job around the one year anniversary and then followed by the 2nd anniversary.

We took 100,000 US developers’ work history and analyzed to see what we could find in relation to typical work lengths.

From our collected data, we at developerDB have found that frequently, people change jobs within 3 months of being hired. Possible reasons could be contract work, internship, probationary period, or realizing that the job was not what they thought it would be. Those who stay and do not make the 3 month leap wait for the one year anniversary—the next most common mark where jobs are changed.

Employment Duration of IT Workers in the US 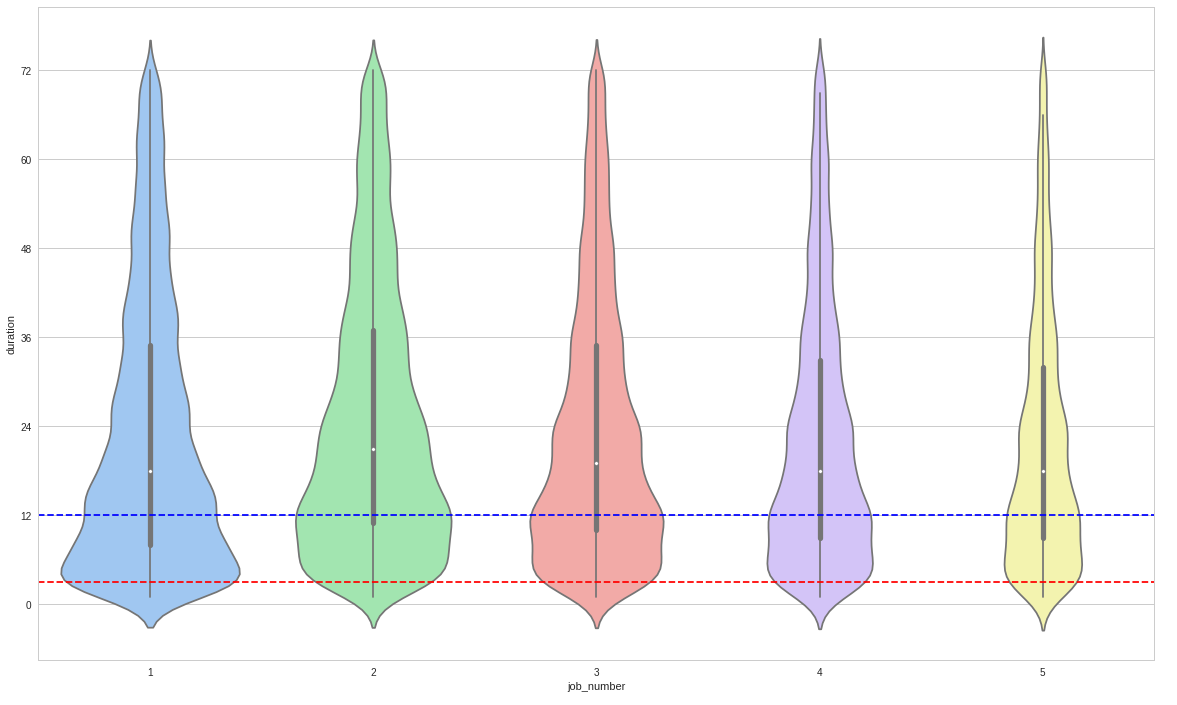 The chart above represents the employment durations of the last five jobs of over 100,000 developers in the US. Job 1 is the most current and includes present employment, thus the work duration is still in progress .

Looking at Jobs 2 and 3, which are not the current jobs for people, we clearly see a little bump at both the 12 months and 24 months mark.

In a future article, we will take a larger sample size and drill down the employment duration to segment by types of tech roles as well as by location to see if there are any differences between frontend developers to sysadmin or west coast vs. east coast, as examples.

So to all you recruiters out there, next week as Halloween rolls around, it may behoove you to take a step back from digging through those Tootsie Rolls and Jolly Ranchers, and evaluate your sourcing timeline—as the optimal time to reach someone is both the three month anniversary as well as the one year mark.